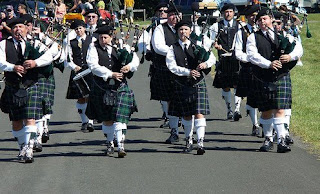 Giveaway du jour: I want to give away one last book. That's the one area that I think has helped in giving things away. With fewer books on the shelf, I appreciate more the ones that are left.
The last book is in the box, and all the boxes have found a new home! What shall I do with all this space?

Exercise du jour: 6th week of the couch to 5K.

Done!
First time I've ever deliberately tried exercising whilst dealing with cramps. Doesn't make them any worse, so that's something.


Summary du month: After six weeks of the couch to 5K, I think it's safe to say I've gotten into the habit of following the running program. Should be able to stick with it for the remaining three weeks. (And it is really nice to be exercising my way through the holidays!) 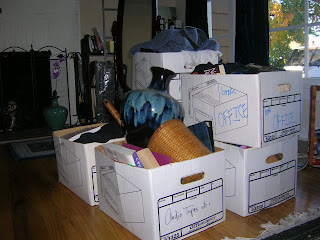 The giveaway results are harder to quantify. There's a lot less Stuff in my house and garage. Do I feel different? Not really. It was hard to give away books, harder to give away forgiveness. I doubt a month of giving has made me a nicer person, but maybe I'm more aware of what I've got and what I have to give. Which isn't too bad.

AHA! So you haven't actually given the stuff away yet. You've just designated it as such. You will feel SO MUCH BETTER once you drop it off and drive away. At least, I'm pretty sure you will. Maybe. Yes, definitely.

What does one do with a haggis should one actually capture such a creature? Is it considered rude to throw them back across the pond?

probed: blogger is getting just a bit too personal here

I think Theresa would probably love a haggis for Christmas ;)

Besides, you're supposed to be able to win lots of prizes on that website if you snag a haggis.

If I catch one, I'll be sure to wrap it up and send it to Theresa. Might be a bit gamey though.

migoitys: a condition caused by too much haggis hunting

No thank you, on the haggis. I'm a vegetarian after all. I recommend catch and release if you're truly determined to go haggis hunting.

Mary - What a great job you did sticking to these things you decided to stick to this month! Running, and de-cluttering, and such. Awesome job! I wish I could come to run a 5k with you at the end. Maybe we could make that our virtual run/walk together for Team CB?

But Theresa, this is your chance for a pet all your own! And you could start a Haggis Rescue society :)

Thank you! (takes a bow)
You know, that's an idea. Maybe the team could train for a virtual 5K? (Well, not Miss Show-Off ... um, I mean Miss Victorious Marathoner, of whom I really am proud... okay, maybe a tad jealous, but still sincerely proud :)

P.S. BCB? The boxes are gone!
(The boxes in that photo, that is. I am deeply grateful that you are not likely to stop by and snicker at all the remaining boxes in my garage.)

Not that you would snicker.
Not out loud, anyway.

VEGETARIAN? Theresa, what does that have to do with anyth-- OMG! People EAT those things? I was thinking I'd be gifting you with a pet or doorstop or foot warmer or something. I saw several of them today, even two of the golden ones. What a sad commentary on my dreary life, that that was a highlight worth mentioning.

Merry, it's late here in the mid-Atlantic and I'm tired. Did you just say you're glad I'm not likely to drop by and share the boxes of Snickers you've been hoarding? For shame.

whessidl: name of the epicurean delight created by pouring wassail over your baked haggis [note to self: pack a jar of peanut butter, and a bottle of Rolaids, when traveling to Scotland]