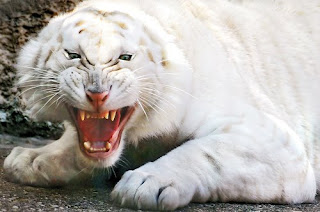 Got totally pissed off at a highly irritating doctor, and for once did the rational thing. Spent a quick-paced 20 minutes on Orlando Manuel. Still pissed off at the doctor, but it's much better to be hot sweaty and pissed off. Some of the anger must have gotten mutated into kinetic energy along the line.

Also, decided that Charlotte was probably onto a good thing, so I followed her Kettlebell workout. Excellent for working off the angry vibes. Maybe I'll be sore tomorrow, but tonight? Not even a gasp. 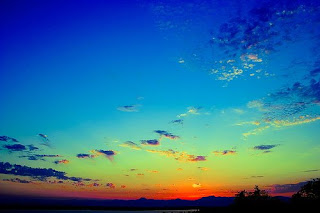 It is a beauteous evening, calm and free,
The holy time is quiet as a Nun
Breathless with adoration...
- Wordsworth
It was indeed a beautiful evening. Except I was the one breathless, and not with adoration. Even with a headache coming on, managed 20 minutes with Orlando Manuel. Had to stop in the middle to use the inhaler, but on the positive side that's the first time all day. Seems like I'm improving. Hopefully 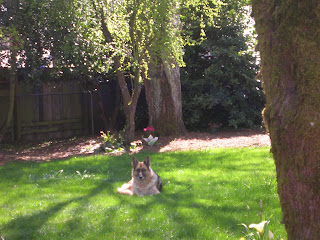 I thought: "It's time to update the blog."
Inner Critic responded: "Update with what? You haven't done anything!"
Self defensively: "Well, it's hard. I try to exercise, I get out of breath, I stop."
I.C.: "You give up too easily. Take a break and try again."
Self definite whining tone by now: "But that's hard! Don' wanna!"
I.C.: "Do I have to slap you upside the head?"
Self: sniff, sniff

Actually this went on a greater length, but I figure anyone reading this has already dropped off to sleep.

The point is, I couldn't post anything until I'd exercised. So I went and did 20 minutes on Orlando Manuel.
The good news: I worked up a sweat and didn't gasp once.
The bad news: I'm going at a much slower rate than I had been before I stopped exercising. (I know that it's only to be expected, but it's still disappointing.)

Also, I would like to lodge an Official Complaint. 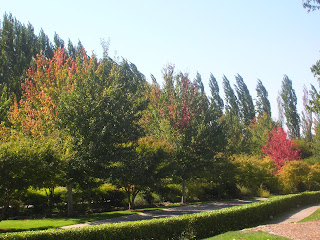 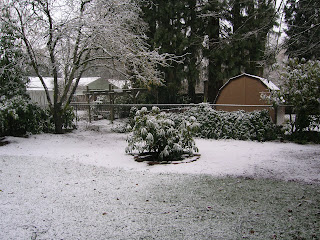 Yesterday was the last day of August. I had to turn on the heater. It's bad enough that winter lasted well into spring, now summer is ending early?

Dog update
I don't think I ever posted an update on the dog since she got sick. I sent her down to California for the winter, and she came back looking marvelous.

Every day, my mother cooked the dog an egg for breakfast and a yam for dinner, gave her dog treats in between, and then called me up fretting because Tanji wasn't touching her dog food. The combination of being away from that pestilential townhouse, getting good fresh food, and most of all having someone around all day worked wonders.

A year ago, when she'd scratched off all the fur she could reach, she looked like this: 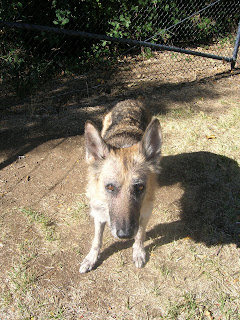 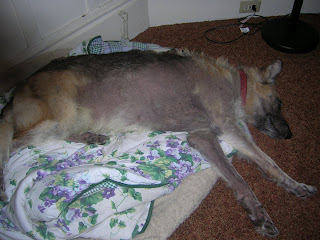 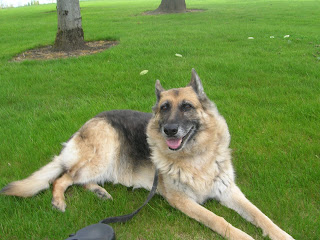 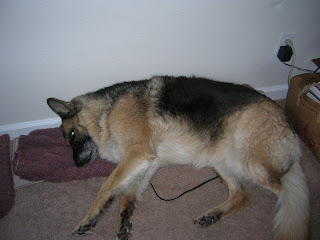 She now has more fur than she did before she got sick. The ruff of fur around her neck is now so thick that I had to let her collar out a notch, and even so I'm thinking I should buy her a larger collar.
Posted by The Merry at 9/01/2008 09:11:00 AM 9 comments: