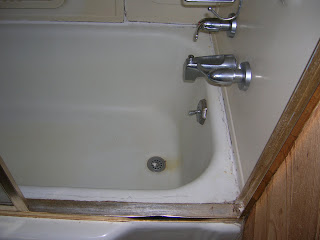 So, the realtor found a couple of homes that I hadn't seen listed, and off we went.

(Cue theme music from "The Dating Game")
Bachelor #1 House #1 had somehow "only just now played the message we were coming over." I realize it must be a pain to have strangers tromping through a house while you're living there, but it wasn't as if they hadn't been notified over 24 hours in advance. And shouldn't you expect that if you offer a house for sale, people will come look at it? They were polite enough, but it was awkward having their eyes follow me as I looked at the place. It must have been awkward for them as well. I mean, there must be no way for a seller to not feel like they're being judged themselves in that kind of situation. They had a nice dog, though. Followed me politely from room to room, didn't stop me from looking at anything, just wanted to make sure she kept an eye on the stranger on "her" turf. 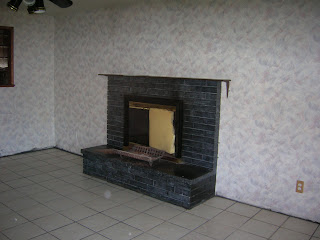 House #2 - I wondered about it even before I walked in. Beautiful lawn, roses in bloom, well-pruned fruit tree, and gang graffiti on the neighboring garages. Walking into this house, it felt like I was walking into a tomb. The house was completely stripped over everything but the light fixtures. No attempt at staging, all the rooms were empty, echoing, and cold, the kind of cold that comes from a house that hasn't been lived in for a long while.

I looked at the living room, looked at the kitchen, looked at the dining room. I opened the door to the garage, and got a shock. There was a man sitting in the garage watching television. He was watching t.v. there because he lived there. In the garage. Which, though described in the listing as a real garage, had been converted into a room. Totally freaked me out. He must have heard us drive up, since we parked in the driveway and had been talking as we walked through the house, but he just sat there -- what, hoping we wouldn't look in the garage? Creepy.

For some reason that I can't properly explain, this really did shock me. The situation just had a very bad feel to it. I didn't even bother looking at the bedrooms or bathrooms. I turned to the realtor and said "Okay. I'm done here."
Posted by The Merry at 10/28/2007 11:59:00 AM

The Realtor should have pulled the owners aside and asked them to step out for a few minutes. Their Realtor should have told them that when people come to see the house they should leave because its easier for someone to imagine themselves living there if strangers aren't staring at them.

Good luck with your home search, I know how stressful it can be, I'm a Realtor (for now). If it isn't working out with your Realtor let me know, I can help you find another one, my company has offices all over the world.

lol sounds like some intersting experiences. But it is fun to look for new houese. I am sure you will find the one you want.

Thanks for the note....yes I think they like to say an average of 2, but I beleive some counselors there really think people can lose 2 a week. Would be nice, but unrealistic for a lot of people.

At least you got some good stories out of it.
I have my fingers crossed that you find exactly what you want, in your price range, in the time frame that would be best for you.
Thanks to your blog, I'm kicking my inner slug out of bed in the morning to walk the dog along the canal before I go into work. So there!

Thanks, Diana! I'm learning a lot about houses and about people from this search. I wish I either had more money or less expensive tastes :(

Heather, yes it can be fun looking at houses, so long as there's not someone there gazing at you resentfully. And I think if you want to sell a house, you should always make it a rule to do the dishes right away, instead of leaving a pile of greasy dishes in the sink. Ugh.

Sheryl -- you've got your inner slug walking the dog for you?? While you stay snug in bed? How can I get that arrangement? :)

Assuming the people hanging out weren't renters (who would have no incentive to see the house quickly sold) it is sort of amazing the stupid stuff people do when theoretically trying to encourage buyers to part with huge $$$ for their houses. Why on earth would you not scram to let people look in peace?

We're doing the house buying/selling thing, and it's funny to see the different approaches people have and what a difference it makes. The place we're trying to buy we almost overlooked because the sellers had it so crammed with clutter we didn't realize how cool it was.

On the selling end, though, it's really a pain in the ass to do all this work you've been putting off for years--so that someone else can enjoy it.

Oh and on the running thing--you MUST seriously consider getting music, whether it's an iPod or an old fashioned cassette player or whatever. At least that's the only thing that makes it tolerable for me!

It is amazing what you encounter while house hunting. The things you see, and the things that other people apparently don't mind you seeing ... boggles the noodle, it does. I figure these are the same people who go on talk shows to air their laundry.

iPods are the way to go. Between podcasts and audiobooks there's always something to distract you. And podcasts are generally free.

Crabby, I can't honestly say that these people did any repairs/improvements to this house. Au contraire. And they said they were the owners, which is plain weird. If they were really renters, their behavior would make a lot more sense. When we came in, they had all the kids in the living room watching a movie. Which meant all the drapes were drawn and it was almost completely dark in there. And in the 2nd and 3rd bedrooms, I didn't even check out the closets... because I couldn't get to them without stepping on clothes, books or paperwork. Lord knows I'm not a neat freak, far from it alas. But I would at least have left a friggin' path if I wanted people to put down money for the house. Oi vey Maria.

And if Crabby and McB agree on something, then I know it must be a good idea. iPod, here I come.

Are these Oregon houses??? The wood stoves and cowering ceilings look very OR to my eyes. I looked at so many houses in Oregon, and so many of them were so funky compared to every house I grew up in in SoCal, it was quite an education in why there are such things as building permits and inspectors that have to sign off on stages of construction.
The house I ended up with because it was really cheap was on two inadvertant levels; the third bedroom was literally a large closet, the master BR was the "redone" garage, the garage was a metal outbuilding that was dug down inside the building perimeter by about a foot. The middle of the property had an easement to the house belonging to the angry people who owned the property behind, and when I had some work done a few years later, I discovered that the wiring for the garage/master bedroom consisted of a 25 year old extension cord run through the inside of the wall.

I never lived in it, and in fact never even got a key to it! It was rented when I bought it, and stayed rented the whole time I had it, about 8 years. I made money off it even though when I asked my contractor what the best way was to fix the roof, he replied "light a match".

Be careful and Good Luck!

PS: I also recommend a 'pod, it's amazing how much it improves one's ambition and willingness to engage a task.

Yes, these are OR homes. Are Washington homes noticeably different? There's certainly a huge difference between Oregon and Californian ideas about what makes a good home design. (Of course, maybe I think that because I've only toured the more high-end CA homes, not being a serious hunter there.)