Me and Virginia Woolf 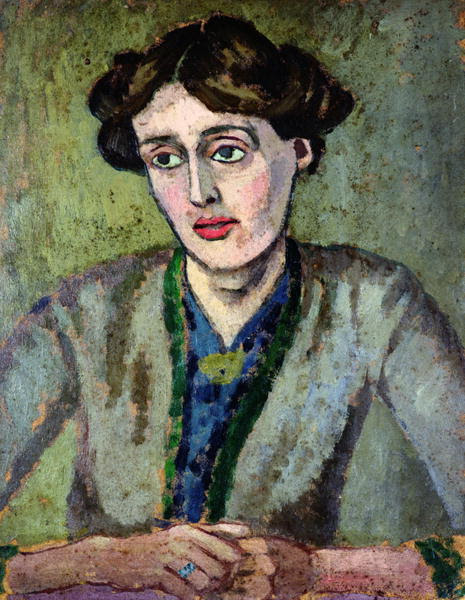 I read other people's diaries.
Now wait. Don't leave in a huff. Let me explain.

I wait until the diary has been published first. Which is usually not until the person has died. (I'd certainly prefer that my diary not be read by anyone else until I've died.)

Anyway, if you've ever read Virginia Woolf's diaries, you know that she included a lot of comments that were specifically written for her future self, "I wonder what future Virginia will think of this." (Clearly, she planned to re-read her diaries when she was much older. I can only conclude that her handwriting was better than mine.)

The point I'm coming around to is that I ran across a similar entry in the diary I wrote when I was 17. At the time, I wrote to my future self that it didn't matter if I got married and had children, it didn't matter if I stayed single and devoted myself to helping people. All the future paths that lay open to me were good, and I accepted whatever my future self chose to do with this life we shared.

My reaction to reading this was odd. I thought, "Well, who the hell are you to tell me that? Yes, it's all very nice of you to give me permission to end up where I am, but what business is it of yours? We're two totally different people. I'm not you. You certainly are not me, you little twit. And no, damn it, you're not fat!"

Goal of the week: Out the door by 8 a.m.
Look, I'm not claiming a fail here. I blame God for the ice that covered the roads. I didn't want to set foot outdoors that early.

Done! Dang but those are getting harder.

Plus, walked 2 miles.
Plus, 20 minutes ellipticalling, which I would not have done if it hadn't been for the HBBC and my pathetic need to boost my points. It's making my life less pointless.

I am in awe of you with the sit-up, push-up, squats challenges. Haven't been able to get past week three of any of them. You're my hero.

VW looks very unhappy. Whatever happened to her?

I think she signed up for the HBBC challenge, only to realize that other people had already earned 50 points.

Xenia, I'm still impressed that you went from just starting to run to signing up for a marathon within a year!

I like that painting of Virginia Wolf. She looks that way because she was a poet. They all look like that :-)

I would probably have the same reaction that you did if I read my 17 year old diary. I would then want to go back in time, X amount of years, and smack myself.

Believe it or not, yes, she is you, in a way. Any time you want to say anything mean or nasty to or about yourself, get a picture of you when you were a young girl, all starry eyed and full of hope, and tell it to her. You won't want to.

She is part of you.

Good work on all the exercise.

The younger Me was pretty dang idealistic, that's true.

Merry, just dropping back by to tell how thankful I am that you are a part of the blogging community. Reading about how others are meeting their challenges helps me face mine. Thank you and happy Thanksgiving.