If it's Friday, it's Hugh Jackman time 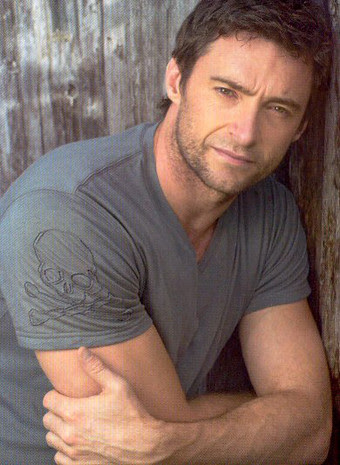 What else is Friday for, if not looking at pictures of Hugh?
Quotes du jour:
"Radio has no future. Heavier-than-air flying machines are impossible. X-rays will prove to be a hoax."
- William Thomson, Lord Kelvin, British scientist, 1899

"Television won't last because people will soon get tired of staring at a plywood box every night."
- Darryl Zanuck of 20th Century Fox, 1946

"The Japanese auto industry isn't likely to carve out a big share of the market for itself."
- BusinessWeek, 1968

"They couldn't hit an elephant at that distance."
- General John Sedgwick, 1864 (His last words)

"We don't like their sound, and guitar music is on the way out."
- Decca Records, when rejecting the Beatles in 1962

Exercise du jour: Cycling to work and back. Yeah, I know that sounds like something I've done before, but each time I cycle I go a bit farther and a bit faster. Hugh would be proud.

Done! Plus, walked 2.5 miles at lunch. Mother Nature is still confused about the difference between February and May, but I'm not about to complain.

Sigh. Hugh Jackman is SO dreamy. =) Great work on all the cycling!

Do it for Hugh!

From the previous post, those people who are running 40 mpw are also seeing an orthopedic surgeon on a regular basis. Cuz it might be good for the heart, but it's a killer on the feet, knees and hips, without which it's hard to walk, let alone run.

wedempac - ya know that pack of rowdies that hangs around your blog all the time? Wedempac.

For Mother's Day, I'd like to be Hugh Jackman's shirt. Can't think of a tasteful way to tell my husband, tho.

Thanks for the eye candy.

Sorry. The drool shorted out my keyboard for a minute, there. I'm better now.

I just love your posts. Mostly because *I'm* too lazy to do things like go look up all those quotes, so I'm always impressed when you do. :)

All but one of the quotes, I stole from somewhere else (can't remember where).
The last quote, that one I didn't steal :)

You should be proud, too. It's tough to tame that inner slug.

Hugh would be proud! I'll make sure to tell him all about it on our next date. :) (but don't tell my hubby)