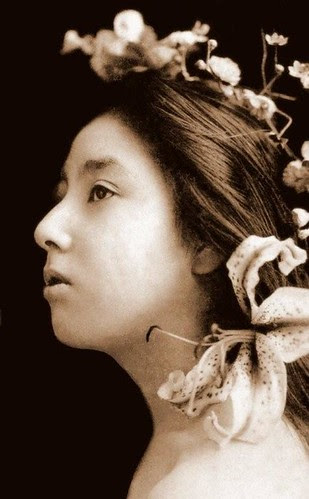 A lot of blogs that I go to include the blogger's vital statistics, e.g. their weight, height, how much they've lost (or gained, in some admirably honest cases). I thought about doing that, but quickly realized it would depress me. Progress is going to be slow, some weeks there won't be any. I don't think I want to be looking at reminders all week that I didn't lose as much as I wanted. It would bring me down.

If you want to know more about me, well, that's easy. This is the Internet, right? No two-way video setup yet. So I feel no shame in telling you that I'm tall and slim, with lithe nubile blond tresses that cascade over my lightly tanned and elegantly clad long and shapely body. Oh yeah, and I've got legs that go on forever, sapphire-blue eyes, and naturally dark and lush eyelashes.

(Thank you God that there is no two-way video monitor system set up yet. I mean, it's possible that someone out there bought all that description and is now totally smitten.)

Update du water pipe: Just had a contractor knock on my door suggesting I leave a water faucet dripping because "there've been some problems with pipes freezing." No, really? It's 9 degrees outside and I've got a piece of plywood covering an exposed water pipe.

Semi-fail. Or, semi-success, depending on your point of view. Did the c25k run from yesterday and 30 minutes yoga. Trust me, you haven't seen puzzled until you've seen a German Shepherd trying to figure out why her human is attempting pigeon pose.

I never tell people how much I used to weigh, or how much I lost. Numbers never tell the whole story, and higher or lower numbers are no less valid because they are different from someone else's.

Wow, you sound hot! :) No wonder you don't post pics, imagine all the stalkers.

Yep, that's me. Absolutely. :)
Though I won't mention the 36-24-36 statistics, because as McB says, those numbers are neither more nor less valid than any others. (Not because I completely made those numbers up, no, not me. Well, probably not. More or less.)

You know, that's exactly the reason I don't post statistics. I just think I'd get horribly depressed. But then, on the other hand, I have to admit that sometimes I like to pretend things are going better than they are. Well. At least until I hit Critical Mass and have a Meltdown of Epic Proportions. ;)

Also - hey, we could be twins!

Statistics are for racehorses.

Always bet on the horse with the biggest and highest rear end. That's where all the muscle with is.

From a fellow English major.

I too have legs that go on forever. Whenever I do something physically challenging, they go on and on and on forever about how much they hate it and how miserable they are.

And two hours of exercise is great, especially if it's nine degrees up there. Yikes!

No numbers...Numbers are bad. Progress is progress. Don't worry about keeping us updated on specifics. By the way, I'm smitten cuz I love your blog.

I look just like the little cartoon in my header...no really LOL

I've had my stats, I've seen the painful, minus and plus, I've seen people count days or weeks but I'm with you, its too depressing, I'd rather skip the connect the dots game and color with words.

"Color with words"... I like that phrase, Scale Junkie :)

Crabby, you always crack me up. Yes, the legs do tend to go on and on after I overdo the exercising.

Messymimi, we going to hit the track and test out this betting scheme? I'm up for it!

Marste, yes, I can see the resemblance ;)