Making up my own running schedule 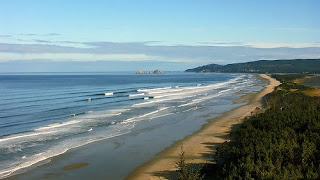 Quote du jour:
If you want to build a ship, don't herd people together to collect wood, and don't assign them tasks and work, but rather teach them to long for the endless immensity of the sea.
- Antoine-Marie-Roger de Saint-Exupery

Exercise du jour: Per HH, a 1.5 mile run. I'll wait on this until I can run outdoors. Maybe in another week or so. Until then, I will concentrate on adding sprints to my running.

Today: Running 30 minutes, with a sprint thrown in every 5 minutes. (We'll see how that works. If that works.)

Update/Whine du jour: Ahem. I would officially like to notify the universe that I want it to get the #@$! off my back and leave me the #@$! alone and I want to stop working so much @#$! overtime and I would like a day off once in a @!#$ while and while I'm at it I would like to know that I will probably keep my job for another #@$! year or at least until the @#$! economy gets its collective head out of its collective assets.

Did I mention I'm having a bad day? No? Oh well, you can probably draw an inference.

I did yesterday's push ups this morning, so it seems fitting to do today's running tomorrow. Goes along with the way my life has been going this week.

You are way more ambitious than I am!

When I do sprints, I cut my usual run time down. I just focus on warming up, doing a sprint, recovering, doing another one, etc. After 6-8 sprints (of 30-60 seconds) I cool down and I'm done.

Glad to see you're trying all these new things! I should take a cue from that...

Crabby, I'm not so much ambitious as I am clueless. I will try to do a shorter, faster version of the running thing tomorrow and see how that goes.
Thanks!