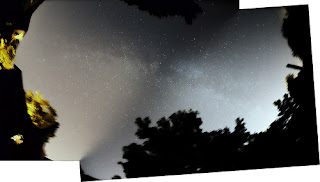 It’s amazing how time can lengthen or shorten itself based on what you’re experiencing in that moment. The minute it takes to jog up even a minor incline is a much longer minute than the one experienced walking up the same incline, though it is in fact not slower (even at my speed). I have to remind myself that running faster will not make the minute go by sooner.

Even more amazing how a single exercise session can include ruminating on Einstein’s theory of relativity, Dali’s attitude toward watches in his painting, and whether Henry Vaughan ever indulged in magic mushrooms.* If I had an iPod, I would probably miss these things. There's a big debate about whether or not to allow headphones in races. I can understand race organizers not wanting thousands of people crammed together and at the same time all in their own little worlds. But it would do great things to time.

Three more houses to look at this afternoon. Perhaps they will distract me from the totally inappropriate house I fell in love with Thursday. (It had charm, it had style, it had another house slap up against the fence five feet from the back door. Sigh.)

*Okay, probably not. Many religious mystics in the European tradition did not indulge in recreational pharmaceuticals. They just came at Reality from a different angle to most of us.
Posted by The Merry at 11/04/2007 08:52:00 AM