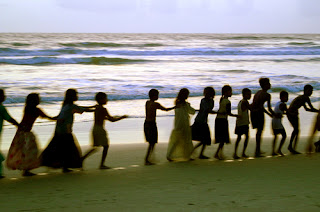 "Well," said Pooh, "what I like best," and then he had to stop and think. Because although Eating Honey was a very good thing to do, there was a moment just before you began to eat it which was better than when you were, but he didn't know what it was called. ~A.A. Milne

I don't want there to even be a word for it.

This is exactly how I feel about Drinking Beer.

Okay, Crabby, we'll just refer to it as whatchamacalit. Would that work? :)

Why is this post labelled "Depression?" Have you run out of honey, perhaps? Pooh makes me happy. It's the kind of happiness that comes just after having read something, when you can savour the entirety and completeness of it, and you realize that is better than when you were in the middle or even the beginning or end of it.

I think I need more caffeine.

You start quoting Eeyore and I am going to Be Concerned.


bgnurp: the really, really large size drink at the Stop 'n Go. Or the noise one makes after consuming it.

Hmmn... I do have an Eeyore quote around somewhere patting her pockets

I was depressed last night, so I looked for a quote and picture that would make me feel better. I don't know why my subconscious liked the combination of that particular quote with that particular photo, but I've learned not to argue with it about things like that.

I love Pooh. He might be a Bear Of Very Little Brain, but he's deep. Yep, that moment just before is special. Just before the punch line, just before cracking open the pages, just before the first snowfall ... everything is heightened, sharper. It's a good time. I don't want a word for it either. We'll just call it "before" time.

mhfezs: what the Shriner was said when he got caught in the wind storm.

I'd bet money the germans have a word for it. And it's probably thirty letters long.