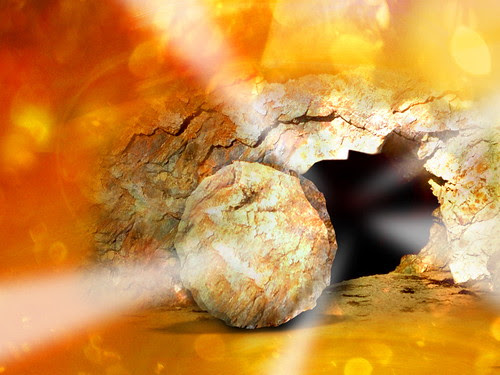 All right, so that's a lame title. Whaddya want. I'm on the road, visiting family for Easter.

I've been gone. Oddly enough, people noticed. You guys kept looking at my blog; the guilt was becoming enormous.

My claim is that this hiatus was all part of my cunning plan. When work became so ovewhelming that all I did was work or sleep, posting exercise schedules or excuses fell by the wayside, as did a lot of other good things. I kept up -- pretty much -- with the eating mostly vegetables, though there were a few days where I followed the Fried Chicken diet, I have to confess. (But only chickens who were "raised in a human environment," as the sign in the store said. Poor chickens. Presumably that meant they had to sit in a cubicle for 12 hours a day and fight traffic to get home.)

Anyway, where was that paragraph going? It had a plan, then it got lost in a maze of dashes, parentheses, and tangents. Poor paragraph.

The point I was aiming toward was that when keeping up my Good schedule became impossible, I decided to make that part of my plan. Inadvertently, my last blog post was on Mardi Gras, the day before Lent started. So even though I went back to exercising regularly a couple weeks ago, I decided it would look more smooth and deliberate if I went back to posting as soon as Lent ended. Easter's a time of rebirth and stuff like that.

Somehow this seemed important from a psychological standpoint: hey, I may be struggling to keep organized, but I've got a plan and I'm kinda following it!

Exercise du jour: 50 minutes on my mother's motorized treadmill, watching cable television. Since I have neither cable TV or a fancy motorized treadmill at home, this is going to feel luxurious. Then it's the drive back to Oregon.

I did wonder if you had given up blogging for Lent.

Anyway, good work, sticking with your plans. Sometimes plans have to be tweaked as we discover we had no clue what we were in for when we came up with the idea in the first place. As long as you continue moving forward ...

And in other news, glad to see you stuck with humanly treated chickens. I always think it's a terrible shame that we lull them into a false sense of security before subjecting them to the deep fryer.

Sopollyg: How you preface a question to Margaret