Arguing with my inner slug

Why yes, I love getting up at 5 a.m. to do aerobics! It's just great! The early morning quiet! Exercising in the dark then watching the sun come up! The birds! The bees! The ... yeah, well, you try to make self-talk sound convincing at that hour of the morning.

My inner slug is firmly convinced that the best place to be in the early morning hours is in a nice warm comfy bed. Screw this exercise stuff. Later. Just a few more minutes, then I'll get up, honest. Every morning we've had a tug of war between willpower and won't-power.

I would place the alarm clock outside in the hall, so I had to get up to turn the damn thing off, and still I'd waver.

Go downstairs to work out? Or back to that bed, which I can hear calling me so persuasively?

When I stumble downstairs and switch on the TV, even then, the slug's attitude is: I really need a cup of tea before I start waving my arms around. Don't want to hurt myself. Hey, that early morning infomercial looks quite interesting. Maybe I should watch it. I might actually make a fortune in real estate, just like that man with the bad toupee...

The inner slug is sneaky. But I'm going to match guile for guile. I've started playing little tricks on myself. I tell myself things like: 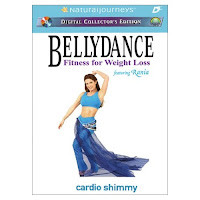 So far, I've managed to make it through the morning aerobics videos using these tricks. (Any creative suggestions I can use when these get worn out from repetition would be greatly appreciated.)

I'm thinking in a few more months weeks I'll have the dance routines down pat, and it'll be time to break down and buy an iPod. If I can work out to some music that I really like, instead of the canned music on the videos, that will make it easier to exercise. The slug can't resist the power of a good beat.

And here's something really weird: I think my body is starting to get habituated to this. At least, that's the only explanation (besides alien intervention) that I can think of to explain why for the last couple of days I've been waking up full of energy. I know, I know. Weird. But my body seems to have gotten the idea that I'm going to be making it work out in the early hours and it's getting prepared.

You have an inner slug too?

Mine wants me to read all my e-mail and answer all of it before it finally lets me exercise. And sometimes even after I go through all of the e-mail, it wants to go back to bed.

Good to know I'm not the only one with one of those. I'd heard of people with an inner child before, but no one seems to want to talk about their inner slug ;)

And it's amazing how many creative and convincing reasons the slug can find for maintaining the status quo. You could always read the email /after/ you work out, but does it even admit that possibility? Of course not.

I was just going to write a post on this very issue but perhaps I'll wait a few days! (I swear I'm not stealing ideas--I've been engaging in extensive bargaining with myself as well this last week).

My inner slug spoke with your inner slug this morning so I crawled back into bed, halfway through my situps. Very bad CMS!

Yay! A Crabby post on the inner slug problem. Excellent.

And Sheryl? Don't listen to my inner slug. Lord knows I'm trying not to. Can't you get Ky to help keep you on the straight-and-narrow path?

KY??? For a dog with such a tremendous amount of energy he sure does love to sleep. There are mornings when he gives me the evil eye for daring to wake him. We're not walking much because of my legs but
I've been increasing my sit-ups every morning by five. He helps by standing over me so that I have some resistance.